Thank You From The Laughter Specialists 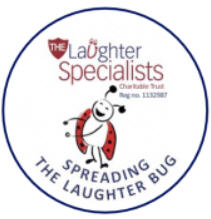 We are delighted to have supported The Laughter Specialists, a Saffron Walden based charity that connects and interacts, through fun and laughter, with vulnerable children and young people in need:

“We are extremely grateful for your kind donation, and will be putting it towards spreading as much light, joy and laughter to the vulnerable children and their families, especially at the moment when Covid has made life all the more difficult for a lot of these families.

We really appreciate your support, thank you so much.”

Our generous donation was made by our Partners, following a nomination from our staff. It represents one of several made to local charities who provide services in the Saffron Walden, Haverhill and Sawston areas. Donations were made in lieu of sending company Christmas cards.

In a very recent February 2021 Supreme Court decision (Uber and others v Aslam and others [2021] UKSC 5), the employment tribunal decision that Uber drivers are workers within the meaning of UK employment legislation has been upheld. The decision reached was predominantly based on the degree of subordination and control to which the drivers were subjected by Uber making them workers, not self employed individuals. The court has also determined that the drivers’ working time included when they were logged in to the Uber app within the area in which they are licensed to operate and ready and willing to accept trips.

There has been an increase in the number of cases where it is necessary to determine whether an individual is either self employed or a worker. Many of these cases have involved couriers and drivers. Proving worker status is important to assert various rights that a worker would have, for example entitlement to receive national minimum wage and entitlement to paid annual leave. “Worker” is defined under section 230(3) of the Employment Rights Act 1996. However, Tribunals will not just look at how an individual has been labelled by the parties but the reality of the situation in practice.

This case is the fourth time the courts have reached the same conclusion regarding worker status. The significance of this case is that there is no further right of appeal from the Supreme Court and Uber must now deal with a situation whereby its drivers are workers. The financial impact for the company is likely to be significant. It may even change the way in which Uber can operate.

Now that worker status has been established this case will return to the employment tribunal, to determine the compensation due to the drivers in respect of their claims for holiday pay and unlawful deductions from their wages.

What can be learnt from this case? The courts will look to protect workers in spite of the contractual documentation they sign. If employers use complicated arrangements in an attempt to disguise the true nature of the working relationship it is likely to fail.

We can help by providing advice on the status of working arrangements for employers, employees, workers and contractors. All employers should be aware of any risk they may carry of having worker status claims brought by those that undertake work for them purporting to be on a self employed basis.

Support For The Friends of Bellbird School, Sawston 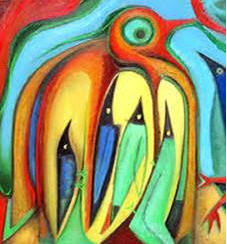 We are delighted to have received a letter from The Friends of Bellbird School, Sawston ,thanking us for “our kind and generous donation” towards their Christmas Raffle. The school raised over £1,100 for its 377 appreciative children, staff and parents. This represents one of several annual donations that the Partners of Adams Harrison kindly give, in support of charities and other organisations in the Saffron Walden, Haverhill and Sawston communities.